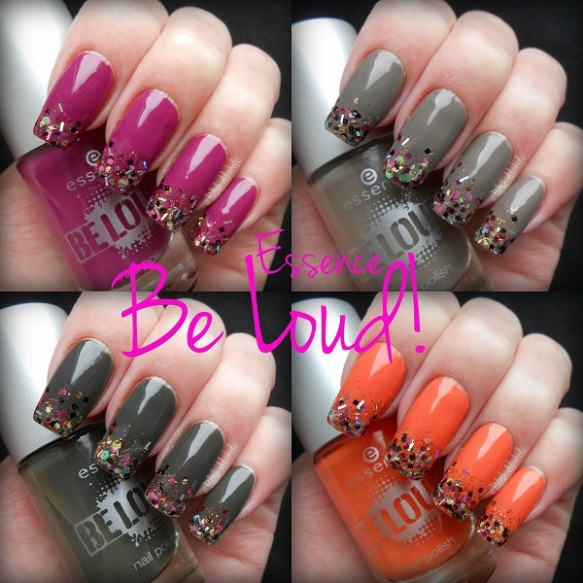 As mentioned earlier I’m way behind on my swatching schedule. This collection, Be Loud!, by Essense is released a while back so I’m not sure of you can still get your hands on it. I’d like to show you the five polishes anyway because they deserve a place here. The formula of the four creams is perfection. They all need two easy coats for full opacity without streaking. If you’re careful you can get away with one coat. Thumbs up for that, Essense!

On to the swatches!

First of all, a mega glitter bomb: Not Punky For Funky. There is a lot going on in this polish. Let me see… holo bar glitter, gold and pink hex glitter, black square glitter and fine copper glitter. It’s very dense but fine to work with.

I chose to use this glitter topper to create a gradient effect on the swatches of the creams. All swatches have a base coat, two coats of color, Not Punky For Funky on the tips of my nails and a top coat (Seche Vite).

Like A Stone In The Wall, an army green cream.

Riot Grrr-eeen, the darker sister of Like A Stone In The Wall.

Orange is the New Black, an orange cream. The only complain I have about this is the name. Not so original… 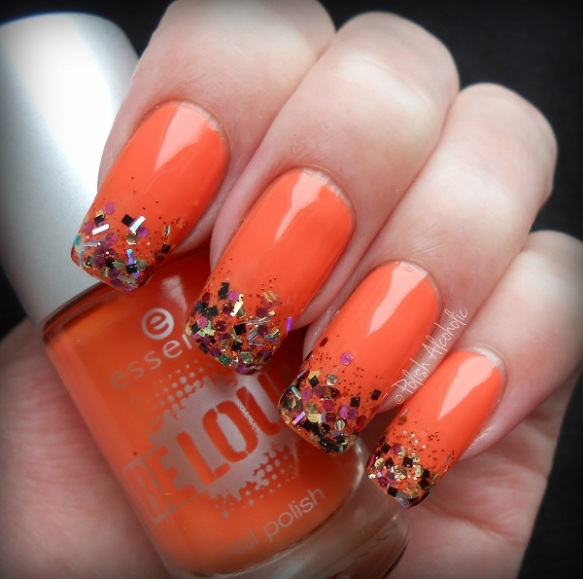 What do you think of these?

12 thoughts on “Essence – Be Loud! Collection”